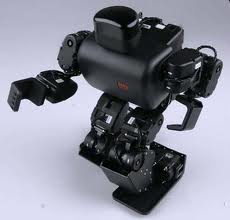 Robot Building for Beginners. Building a robot can be challenging for the beginner, but stay with me and I will show you several ways that even a person with little or no technical knowledge can easily build robots.

The technologies of robotics run wide and deep. There is vision, robot intelligence, voice recognition, robot voice, robot locomotion (wheels, legged or flying robots), robot arm movement, just to name a few. In times past, if you were not an electronic engineer, a computer programmer, a mechanical engineer, and a person with hundreds of hours every month, you could not build a robot. Time and technology has changed all that. Robot building, even building robots from scratch has matured to a place where even a 12 year old average kid can build a robot in a short while--even faster that a 12 year old kid of 30 years ago could build a model boat or plane. It really has gotten a whole lot easier to build robots.

In the next few paragraphs I’m going to list out the easiest to the hardest way to build a robot. This will really be robot building for beginners. The harder ways will just be put there for reference. You as a robot hobbyist may never construct a scratch-built ‘bot, but it is nice to know a bit about how to do it. You will also see links to other robotic web pages that will give you more information on that type of robot building. 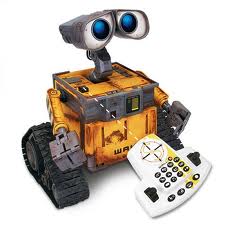 The simplest robot to build is one that is already built. And by already built I’m not talking about some toys although some of the toys these days such as the Ultimate Wall-e as well as the R2D2 Mechanical ‘Droid are quite sophisticated pre-built robots. Another is Tomy’s humanoid robot the i-Sobot. These robots require little work aside from installing or charging a set of batteries. Sometimes the hardest work is just getting the darn 'bot out of its box. Robot building for beginners can include the challenge of box opening! 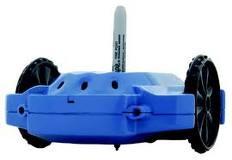 The first pre-built robots worth talking about are the competition robots such as line following robots and sumo wrestling robots. While not many are not actually kits, they can introduce one to a lot of robotic concepts and some can be programmed. At a price point under $100 these “toys” are more sophisticated than many scratch built robots. They make easy robot building for beginners.

There are also Sumo Robot kits ranging from about $50 to more than $300. The Elenco OWI-9647 Sumo Robot that attempts to push other sumobots out of the arena that can be had for about $50.

Parallax’s Scribbler Robot is a “reprogrammable fully-assembled line following robot". You have the option of programming this little line following bot in the Scribbler Program Maker GUI (Graphical User Interface) language, a point and click graphically programming language. It is about $100 to build simple robots with this one. 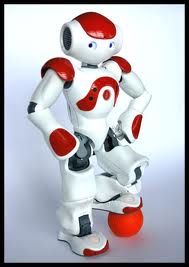 You think you can't build simple robots that look like people? The next level of robot building are complete kits are at an intermediate challenge for the robot builder. Like building a model car or plane, these all-in-one kits contain everything including step-by-step instructions, a person, even a 12 year old boy needs to construct a robot from parts alone. The Aldebaran Robotics Nao Humanoid Robot Academic Edition v3plus at more than $17,000 brings home robotics to a new and sophisticated level. This is robot building for beginners with STYLE! 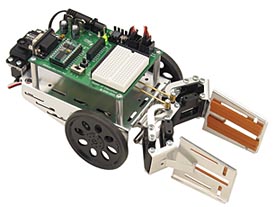 Following the complete robot kits are the educational robotic kits. These are kits where the student can learn all about robot building while building several different version of robots. As with a lot of educational products, most are quite expensive. The top educational kits are the VEX robot kits which can take someone from no knowledge to a fairly sophisticated level of robotics in just a few weekends. Parallax.com says the Boe-Bot is the “most complete reprogrammable robot kit and is a great resource for STEM programs. No previous robotics, electronics, or programming experience is necessary.” At a bit over $150 it is a reasonably priced educational robotic system. 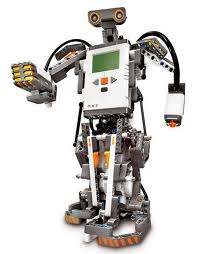 Lego, the people that had kids putting up plastic sky scrapers since the 1940s, came up with a Lego robotics line of toys in 1998 and has been improving upon their Lego "brick" micro-controller ever since.

Finally it's time to discuss scratch builting robots vs. easy robot building. In the ancient times, say around 1980 or so, hobbyists were building robots of every size and shape. These scratch built robots usually were never “finished”, cost gobs of money, did little if anything useful, and took years of weekends to even get a basic robot to roll around a room. Most could not pick up anything. Many were dangerous, carrying along 12 volt car batteries, sloshing hydrochloric acid and spewing hydrogen gas which was expelled whenever one recharged them. They could cause an acid burn or even an explosion if one were not careful.

We’ve come a long way from that and this author has come up with a method of scratch-building a robot that I call "super easy robot building." This uses a standard micro controller, servos for both robot arms and moving the robot around a room and plug-in range detectors to keep the little droids from slamming into walls, chairs and friends shins. See my robot building articles elsewhere on this site.

Click HERE to learn about robot building for beginners

The Newest Product for the Beginner: The EZ-Robot System

There is a new player on the beginner robot builder's block, and it's called the EZ-Robot. It claims to make robot building simple enough for kids and even frustrated adults. The world needed a better robot board and this might just be it. Click below to see a review of this intriguing new product and all that it promises.

EZ Robot Building with the EZ Robot Board