Robot Replica Clubs - Building Your Own R2D2 or Wall-E or ??? 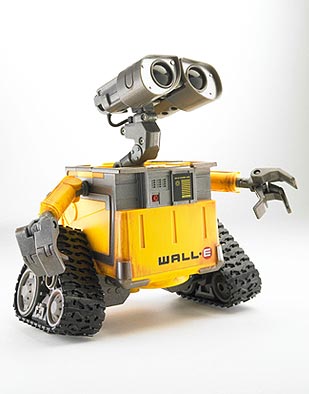 Robot Replica Clubs. Did you ever watch Star Wars and say to yourself, "Boy I'd love to have an R2D2 running around my house?" or a Rosy to clean the dishes? Do you have an empty garage or work shop that you can build in? Do you have a lot of tools? Are you good with those tools? Do you have hundreds of hours to invest in robot building every year? Do you have a spare 2 to 5 thousand dollars for parts?

If you honestly answered "yes" to all the above questions, there is a robot replica building club out there for you!

From Wall-E to R2, from B9 to K9, there is a robot replica club out there just waiting to help you get your little, or not so little beastie built and running.

Most of these clubs have scores of helpful members, plans to print, directions to follow. Many are part of Yahoo Groups. Others are alone on their own Web sites and for the most part, membership is FREE! Now if only the parts were free too.

Speaking of parts. Do you know that bubble that the Lost in Space robot is famous for? That is a part that can't be had in Lowes or Home Depot. In fact, unless you are real good at melting plastic, putting it into a vacuum form machine and molding it just so, you will have to shell out 300 or so to get one of these rare items to finish your robot. Every robot has one or more parts that if not impossible to make or buy off the shelf, have to be purchase from other members doing small runs of a dozen, a half dozen or even just one, all at premium prices. Full-scale / life-size replica building does NOT come cheap.

Some builders stop their robot building when their 'droid talks and flashes. Others aren't finished until their creation roams around the room and answers questions and tells silly jokes. Which will you be?

And don't bother looking for a Robby the Robot builder's club. There isn't one. The man who owns the exclusive rights to build and sell Robby the Robot Replicas does not allow any Robby building clubs. When any try to start up, he closes them down with a strongly worded legal warning.

So rather than waist your time, below is a list of all the major online life-size robot replica building clubs. This author belongs to quite a few: The B9 Building Club, the R2D2 building club, and the Wall-E building club. Not that there is time for all of them, "So little time, so many robots," but someday, someday...

In no special order I present to you the online robot replica building clubs.

An online club for building the little boxy refuse robot. So, when is the Eve club coming?

"Danger Will Robinson!" Said the Robot. Everybody's Bubble-headed friend is just waiting to be pieced together from plastic, steel, wood, fiberglass, etc. No time for building? Mike Joyce the found of the club sells already assembled robots for about $24,000 each.

Little R2 from Star Wars. How many millions of kids since the first movie came out in the 70s wanted one of these cute little friends running around their living room? I know I was one of those kids. 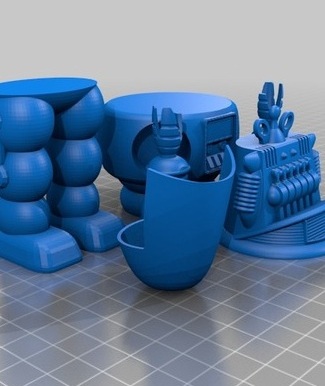 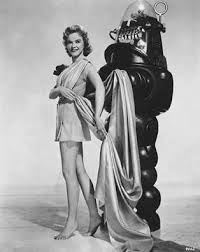 Now it is possible, if you own, borrow, or rent a 3D printer to BUILD YOUR OWN Robby the Robot Replica! On Thingiverse.com there are several 3D models of Robby the Robot! Download and PRINT! The only trouble is that you will need to scale these up a bit if you want life-size. As they are designed, they only print a robot that is a few inches tall. Sigh. So now, there may not be a robby builders' club, but there are Robby 3D files to print!

So, download, print, and smile--that is until Fred Barton catches up with the designers of these files and serves them a cease and desist letter.