3D Printer Applications
4 Amazing Things You Can
Make Them "Print" 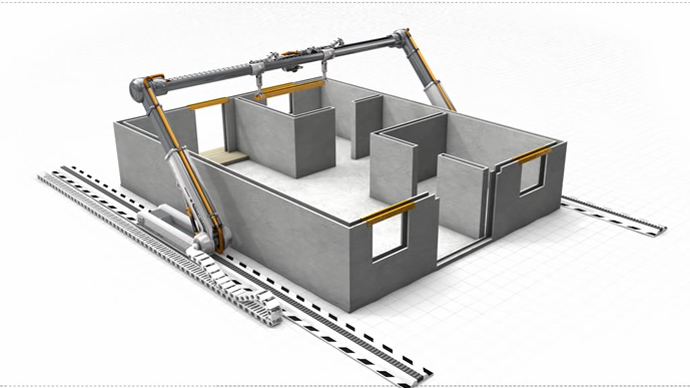 3D Printer Applications. We have recently discussed the seven fascinating things about 3D printers and for sure, and if you bought a 3D printer, it must have really excited you to become a proud owner of one.

These days 3D printers are so popular these days that anyone can virtually print anything he or she wants.

In fact, from doctors and architects to geeks, techies and even hackers are taking advantage of this state of the art technology in doing something special and wonderful.

3D printers release molten plastic, metal, and even the simulation of human tissue, to produce once time consuming, labor and energy intensive, tasks.

This has not been possible until recently, when only human hands could perform such intricacy.

3D printer applications also are about clothing. The clothing industry has been benefiting trememdously from the freedom 3D printing has to offer. Fashion designers and manufacturers have now been given the chance to seamlessly and conveniently design their clothing using 3D laser printers. And that is done without any waste!

3D printing is also faster, more economical, and practical when it comes to weaving textiles, which is providing endless opportunities for the fashion and clothing industry.

HUGE in 3D printer applications is are home printing! Anyone can now print large buildings using 3d printers. Take the case of Enrico Dini who “printed” his Radiolara Pavilion, a very unique egg and igloo-like, and out-of-this-world building. The façade was a structural marvel that he has printed out. His massive printer bears layers of sand, producing a structure that looks like and resembles a real life building.

An article in Blue Print magazine writes: “Dini claims the d-shape process is four times faster than conventional building, costs a third to a half as much as using Portland cement, creates little waste and is better for the environment. But its chief selling point may simply be that it makes creating Gaudiesque, curvy structures simple.”

A lot of professionals in the medical field have come to hail 3D printing because of the many benefits it has to offer for one’s well-being. One of these benefits includes printing an accurate replica of bones that one can find inside the human body. Attaching CT scanners to 3D printers can make it faster, easier and more convenient to produce a very exact image. Surgeons have found this to be a very great help for them, especially in performing very sensitive operations where one should never make mistake. With an exact copy of the organ or body part that they want to cut away, doing their job is made easier, faster and more convenient.

Designing a puzzle is art in itself, given the intricacy that one has to put in to accomplish this brain feat. But with a 3D printer, you have the best pal here in making this project a whole lot easier.

3D printing eliminates all the difficulty associated in making 3D puzzles. Puzzle designers are now having a great time doing their job. 3D printing software is making it so much easier for these people to model and print anything, just a click away.

With 3D printers, it’s faster than using the traditional wood and the “guess and check” method. What’s even better is that puzzle makers have greater chances of developing more interesting, and more difficult puzzles.

So, what is the future of 3D printing? We here at Robots and Androids can't say for sure, but we can say that it will be limited only by YOUR IMAGINATION!