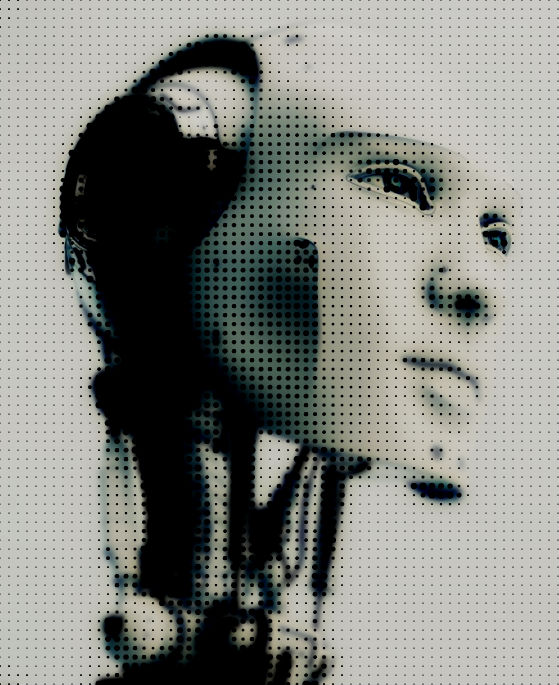 Hi. OldETC Here. I just love robotics and technology and this is my robotics blog.

Each week in this robotics blog, I will bring you information on the latest and not-so-latest robots and robotics technology.

Make sure you check back here at least weekly and sometimes daily for more updates.

(OldETC can be found hanging out at the Robotics Society of Southern California (RSCC.org) 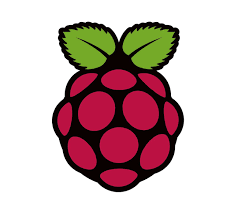 OpenCV is the open source computer vision project. It will run on Raspbian (a free operating system optimized for Raspberry Pi hardware). So, go to raspberrypi.org and download it and follow the instructions furnished by the website author. This is my version of the process. Go to:

and download RASPBIAN which is the top right button.

This is 1.4G in size, so depending on your link it might take a few minutes.

Insert the SD card and see what it shows for its drive designation.

On Linux, you can find this by first opening the file manager and mounting the disk by double clicking it.

Then using opening a terminal and typing:

For each disk, you will see the following

The very first disk is the disk you booted from. The others will be the disks in order they appear in your dmesg file which lists the disks in the order they are mounted. But basically you want to keep a list of the disks with numbers after them.

In the file manager eject the disk that you mounted with the fs designation by clicking on the eject button. This will sync the disk and prompt you to remove it.

You will see that one of the devices with numbers has disappeared. That's our guy. Plug the SD card back in, mount it by clicking on it in file manager, then again:

The missing drive should be back thus confirming our drive. This is important repeat until you are absolutely sure which drive is the target.

Once you have that, set super user:

then dd -ifile=raspdian.img of=**use the disk from the work above***

In a few seconds your # prompt should come back and you should be set to go.

Take the sd card out of your computer and put it in the raspberry PI, and power it up.

You should eventually get some setup stuff to do… Make sure you setup two users, one with a good password and one with a simple or no password so you have an escape while we install the rest of the software.

See you next week, 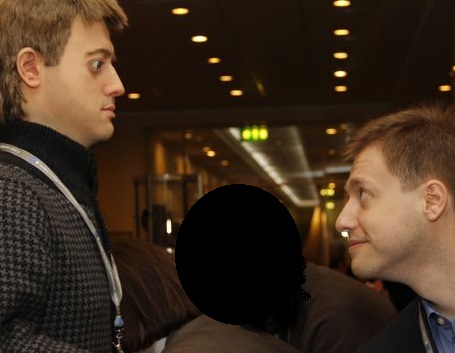 I'm sorry to have neglected you this last week. Still, I hope you are enjoying my robot news blog.

A good robot came to visit me unexpectedly, and I was enjoying a lovely mini-vacation while he was here.  He returned back home with the engineers in Silicon Valley, so I now have a chance to watch some videos and give you my take on them.

Dmitry Itskov unveils his robot avatar. He plans on achieving immortal by transplanting his brain into it.

They are really interesting, all of these 3 videos are cool.  I love the second one since it means that no human person will ever need to work again and that's a good thing. But the bad thing is that since there will no longer be a need for humans to work except in the technological fields to produce these robots and avatars, does that mean that the only humans left to survive will be the ones working in technology and the rest will not be given any assistance for basic living needs?  Strides made in this direction will certainly alter the course of the need for human beings at all in the future, except for a select few.  Eventually, the mechanical Avatars will take over that function, and humanity as we know it will no longer be needed to produce anything of use or need.

These videos struck me as the most interesting I've seen so far.  Shall we extend human life indefinately?  Here we are looking at Robots to not only replace us, but to become us.  This project called  "2045"  was dreamed up by a Russian scientist whose name is Dmitry Itskov.  To summarize,  this is a 4 stage process that would result in Life Everlasting, Amen.

2) Second phase of this operation is implementing a human brain into the Robotic mechanical body to sustain human life.

3) By the year 2035, Dmitry will transfer personality into his prototype. There are no details as to how he plans to accomplish this feat, however.

4) The fourth and final step involves achieving immortality by integrating a holographic -like avatar to the world. He believes that this would be a life form that would surpasses humanity in every aspect.

This can have very good, as well as heinous results with many moral and otherwise questions arising as a consequence.

What if someone like Hitler would still be alive and have the money as well as the desire to become eternal? That would make the future a veritable Hell on Earth, would it not? George W. Bush is still alive, and he has the money, so imagine how dreadful this would be if he had this choice.

Do we really have the right to alter the lifespan of a life form that may or may not still be considered "man", from the average 87 years of age to that of eternity?

You can check out more by going to www.2045.com

Now I'm looking here at a video of some tiny "robot ants", each about the size of a sugar cube.

I just hope these guys didn't invest too much money in this little project. They seem to think that this experiment will help enlighten engineers as to how they can design routes that will take commuters from Point A to Point B in the most efficient manner possible.

How these ant robots with their little light-seeking antennas could actually lead to any practical and tangible improvement in our roadways and freeway route design seems a bit of a stretch.   I'm thinking these guys have too much time on their hands.

Although, I think I totally overlooked the REAL reason for this silly experiment.  I only can look at Robots as either an art Statement, such as the AIRJELLY, or the more practical purpose for it would be an indoor Kite for those who live in very large homes. Mostly, I feel Robots are meant to make life easier for humans—taking over mundane tasks so that we do not need to waste our time doing them.  Or taking over dangerous missions such as in the hideousness of make believe wars that the United States constantly engage in to protect their  oil and rich corporate interests.

They can be used for scientific research too, and  that was one of the main reasons these ant robots were created. To me that is not as significant as trying to determine the best way to design routes between point A and B in the most efficient way.

This is my first robot news blog report. Please feel free to comment in the comment section.

So, a friend sent me these two videos jellyfish videos. The first video is on the Festo AirJelly robot and the second video is Virginia Tech's "Life-like, autonomous robotic jellyfish."

The Festo AirJelly video is epic!  I have always loved Jelly Fish.  They are among the most exquisitely beautiful and enigmatic creatures on Earth.  They completely captivate me.

When someone comes along to fashion a robot in the likeness of a Jelly Fish, all I can say about this imaginative project is "Booya!!" I don't know what sort of useful utility it would serve but it certainly makes a lovely art project and conversation piece.

Here is a Robotic Jelly Fish that has a practical reason for its existence, unlike the previous model made the German company Festo, which as far as I can tell, was simply created for beauty and entertainment like me--except of course I need to write this damn robot news blog every week. Sigh.

If the Navy would start to use these robotic Jelly Fish for their surveillance endeavors rather than the dolphins, which often have had devastating effects upon the live animals themselves, that would certainly be such an improvement if using the robots would save the lives of dolphins that would normally be used for this purpose.

One problem I'm thinking could be posed by these robots floating around in the same environment as the dolphins might  frighten them, or possibly interfere with their sonar.  Since Dolphins are intelligent and curious creatures, most likely they would be more interested in seeing what these robots are all about rather than being frightened by them.

I'm not sure how well these robots might work for oil spill clean ups.  I'm sure each one is quite expensive to construct, and whether some other means would be more cost effective instead.

If I were to compare the two Jelly Fish robots, I would have to choose the graceful Air Jelly by Festo for beauty. However, for practical uses I would say the robot created by the Virginia Tech engineering students is a better choice.

Of course, on the other hand there was the HOT young Engineering student spokesman which tended to make me grow quite fond of that video--but...

Have your say about what you just read! Leave me a comment in the box below.
[?]Subscribe To This Site
© 2010 Robots and Androids