Robot Microcontrollers: the Brain of your Robot 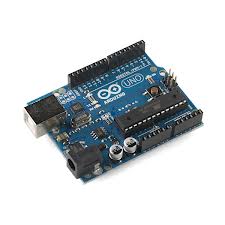 Robot Microcontrollers. The dictionary states, "A microcontroller is a small computer on a single integrated circuit containing a processor core, memory, and programmable input/output peripherals, used in automatically controlled products and devices." But as a robot builder you just have to know that they are the "brain" of your 'bot. Many are designed for embedded applications, such as the ones used in cars, cell phones and factories, but the ones we're interested in are the ones designed with the ROBOT BUILDER in mind!

Some widely used microcontrollers today are VEX, Arduino, Basic Stamp, BasicAtom, Parallax, and several others. These robot “brains” have their own features and pros and cons, but basically they all coordinate the flow of information and power on the robot. All other electronic system components must then interface to the microcontroller and function as a cohesive unit. Most of these are available as kits so as to make your robot building a bit easier.

The VEX Microcontroller, part of a bigger kit in the field of robot microcontrollers and one of this author's favorites by the way, contains the robot's program and processes all signals received from both human operators and onboard sensor systems. It also manages power allocation on board the robot, and directly controls the motors. It can connect up to eight VEX motors or servos, and is equipped with interrupt ports, or digital inputs that are designed for high priority signals that need immediate attention from the microcontroller. The VEX microcontroller also has TX/RX ports which allow the user to communicate directly with the user processor inside the Microcontroller via a TTL serial port and Rx1 and Rx2 ports, which connect radio receivers to communicate with the microcontroller wirelessly from a transmitter.

Another of the many robot microcontrollers is the Arduino, an open-source electronics prototyping platform based on flexible, easy-to-use hardware and software, can sense the environment by receiving input from a variety of sensors and can thus affect its surroundings by controlling lights, motors, and other actuators. The microcontroller on the board is programmed using the Arduino programming language and the Arduino development environment. Arduino projects can be stand-alone or they can communicate with software on running on a computer (e.g. Flash, Processing, MaxMSP).The Arduino microcontroller is also pre-programmed with a bootloader that simplifies uploading of programs to the on-chip flash memory compared with other devices that typically need an external chip programmer.

The Roboduino, a relatively cheap kit, again in the area of robot microcontrollers, is one fantastic board for a robot builder. Built with robots, servos, and sensors in mind, a roboticist using one of these will have his or her beasty zipping around the floor in just a few hours if not minutes!

The BASIC Stamp is a single-board computer that runs the Parallax PBASIC language interpreter in its microcontroller. The developer's code is stored in an EEPROM, which can also be used for data storage. The PBASIC language has easy-to-use commands for basic I/O, like turning devices on or off, interfacing with sensors, etc. More advanced commands let the BASIC Stamp module interface with other integrated circuits, communicate with each other, and operate in networks. The BASIC Stamp microcontroller is popularly used in hobby, lower-volume engineering projects and education due to ease of use and a wide support base of free application resources.

The BASIC Stamp is also available more than a Robot Microcontroller, as a robot kit called the BOEBot. BOEBOT stands for "Board Of Education" and its purpose is to TEACH robotics.

The Parallax Propeller is a multi-core architecture parallel microcontroller with eight 32-bit RISC CPU cores. Each of the eight 32-bit cores or cogs, has an elementary CPU and access to 512 32-bit long words (2 KB) of instructions and data. The design philosophy of the Propeller is that a hard real-time, multi-core architecture negates the need for dedicated interrupt hardware and support in assembly. In traditional CPU architecture external interrupt lines are fed to an on-chip interrupt controller and serviced by one or more interrupt service routines. When an interrupt occurs the interrupt controller suspends normal CPU processing and saves internal state then vectors to the designated interrupt service routine. After handling the interrupt the service routine executes a “return from interrupt” instruction which restores the internal state and resumes CPU processing.

As microcontrollers are basically your robot’s brains, it is highly recommended for robot builders and enthusiasts to know the features and limitations of each of the microcontrollers available before deciding to work with one. Also keep in mind that when looking for these, try to pick out Robot Microcontrollers over just boards. You will move faster in your building and the intelligence of your robot is literally at stake!