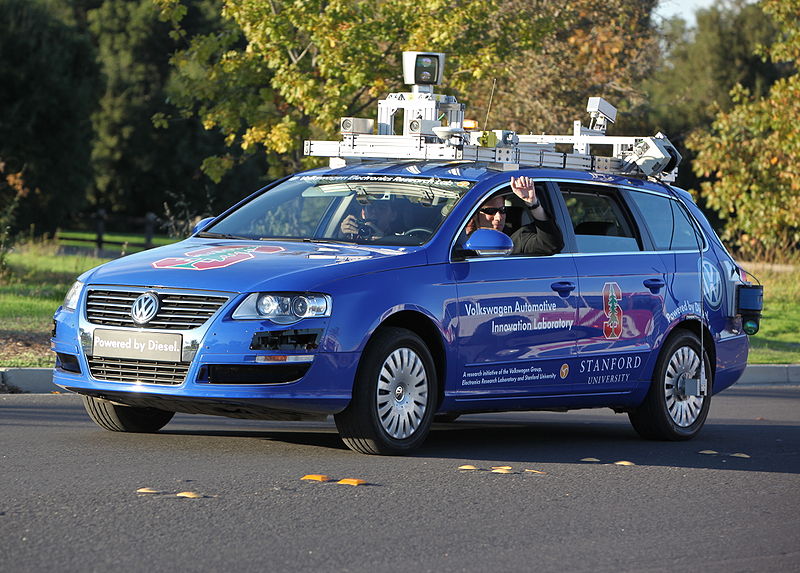 Robot Car Safety is becoming a greater incentive more than ever before, to create a car to avoid collisions, and by extension, to preserve human life. It's no wonder this is the case, given the number of automobile related deaths on the road today.

Google branched out from being the leading in the search engine industry to becoming the trendsetter in using robot cars. When it deployed the driver-less vehicles to roam around the streets, the search engine giant also meant moving fast forward into an era when vehicles no longer need a driver to operate. Google released seven self-operating Toyota Prius, complete with queer-looking sensors down Highway 1 between San Francisco and LA.

Google kept this project hidden and let their vehicles roam around the streets for seven months, without raising suspicions. Each vehicle contains artificial intelligence software that interprets information gathered by the sensors, using it to decide like humans.

Robot Car Safety — Changing the Way We Use Cars

It’s in changing the way we use cars that is why Google started the project. The company believes that using robot cars could cut automobile-related deaths by as much as 50 percent — which is estimated at around 1.2 million deaths per year worldwide.

As computers are theoretically more precise than human drivers, so is the probability of lessening accidents and deaths to that degree. Likewise, the (1) instant reaction time and (2) 360-degree awareness of computer-controlled vehicles allow rides to stay closer together on the highway compared to human-operated vehicles. In turn, traffic congestion is minimized.

Most especially, robot cars are more fastidious with the accelerator, cutting fuel consumption and carbon emissions on a large scale.

The Many Benefits of Robot Cars

There are a number of benefits that you will find in using robot cars. Basically, riding in a robot car could save the time that you otherwise might spend commuting, thus reducing your carbon footprint, saving you money and saving lives all in all.

Furthermore, you don’t have to exert effort in driving. So, instead being the driver, you become the passenger and doing things you like to do, inside the car — working, watching television, conversing with friends. Sounds nice, like one of those you would see in a sci-fi flick.

No, we're not talking about self-directed robocars here. What we mean here is different from the kind of car that sci-fi thrillers perceive.

Although the Google project can be considered one of the most highly publicized demonstrations of robot car research, as well as one of the most successful to date, the road to mass-manufacturing robot cars is still far from realization as it remains uncertain and still the elimination of many technical and legal hurdles.

Nevertheless, a lot of people, both in the academe and in the research-and-development departments of some of the big car makers are working hard to bring these plans to reality.