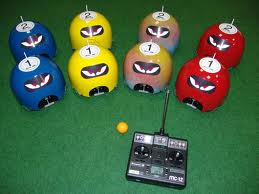 Qfix Robotics. Another fun and effective educational activity comes in the form of qfix robot kits, from Germany. This robotic kit is used mainly in schools, high schools and for mechatronics training in companies. The option to expand the robot makes it attractive also to advanced users and hobby robot builders.

Much like Lego Mindstorms, qfix robot kit consists of mechanical parts, a controller, different sensors and actuators, controller boards and a software environment to program the constructed robot. But unlike Lego, qfix’s main advantage lies in its mechanical parts, which are made of aluminium. These parts include bars and plates, mounts for motors and sensors, axes and wheels. Its electric components, meanwhile, use Atmel controllers. The components are modular and can be connected via I²C bus.

qfix robotics kits can be programmed from the PC, either in C++ , using the WinAVR environment or with a graphical programming environment called "GRAPE". Programs can be downloaded to the qfix controller board via parallel or USB link.

Their robot kits cost anywhere from 100 to 250 EUR, but the most popular products of the qfix kits are the soccer robots built from its components, which are mostly found in the RoboCup Junior competition. The qfix soccer bots costs 350 EUR.

The RoboCup Junior is closely related to the RoboCup autonomous robotic soccer competition, a programming and engineering-influenced competition which introduces the aims and goals of the RoboCup project to the primary and secondary school aged level . Players create and build robots in a variety of different challenges, and compete against other teams. Basically, two teams each place two autonomous robots of their own design and creation on a playing field. The aim of the game is for each team of robots to play a fully autonomous game of soccer. The ball is a plastic sphere containing infrared light-emitting diodes. Robots detect infrared emissions and use this as well as other sensors to move the ball around the field in attempt to score goals.

qfix also sells other robot and mechatronics kits for other hobbies, schools and work. The starter kit Crash-bobby, for example, lets one build a completely autonomous mobile robot that includes motors, sensors and a powerful controller. Other robotic kits from qfix include the Minibot, an “inexpensive start into professional robot technology.” This kit contains a differential drive robot platform, a USB controller board as well as a floor sensor used for moving along a line, for instance. The MiniBot can be combined with many qfix parts and extended with up to 8 sensors or a LCD display. A group in Germany, for example, was able to create a billiard robot based on the Minibot.

Again, these robotic kits are challenging but recommendable for beginners who want to learn about basic programming and building. Creating the more intelligent and advanced robots only come after the basics are mastered. One needs to train hard to achieve greatness, after all.