Lawn mower robots are Coming Out of the Garages of Hobbiests and Into Businesses. 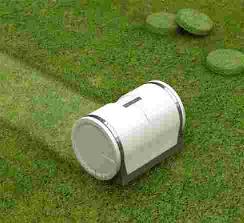 Lawn Mower Robots. One of the biggest products in the household robot market today is the robotic lawnmower, proving that most people would really rather just lay down on grass to relax than cut it.

By the end of 2005 robotic mowers made up the second largest type of household autonomous robots used in the U.S. Although some people worry about the safety of the device, robotic lawn mowers are increasingly becoming more sophisticated, with features meant to completely eliminate human interaction altogether.

Lawn mower robots usually require the user to set up a border wire defining the area to be mowed. The robot needs this wire to locate the limits of the area it will trim. For some models, this is also necessary for the robot to locate its charging dock.

Robotic mowers can typically maintain up to 5 acres (20,000 m2) of grass, using a variety of sensors and navigation techniques, such as GPS technology. More conveniently, robotic mowers are self-programmable, and can mow regularly on a time schedule, returning to its charging dock by itself after its work for the day is done.

More advanced robot mowers could even determine the size of the yard and how fast the grass is growing, so they can calculate when they need to come out and trim the grass to maintain optimal height.

Most of today’s lawn mower robots also feature a wet grass detection system, as well as rain sensors to keep them from mowing wet grass. In general, all mowers work quietly, unlike diesel or gas mowers. And since they run on batteries, they create no adverse environmental effects. Lastly, robotic mowers typically have a mulching feature, which recycles cut grass as a natural fertilizer, leading to healthier grass.

Some of the more popular lawn mower robots in the market include The Husqvarna AB Automower, which was the first commercially available robotic mower. They introduced their first fully solar robotic between 1995 and 1999, but their best selling product is the Gen 2 Automower. This mower can find its charging station via a number of ways, including radio frequency, which eliminates wear patterns in the lawn. 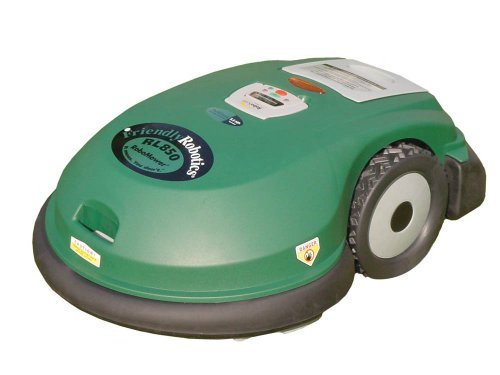 The Robomower by Friendly Robotics has been identified by the Guinness Book of World Records as the best-selling robotic lawn mower in the world.

It is a robot mower that has a mulching feature and uses sophisticated tiling algorithms patented by its makers to calculate the most effective grass-cutting pattern for any kind of lawn. The Robomower requires only a one time set-up, and will automatically depart at the day and time scheduled and recharge on its own, ready for the next scheduled operation. 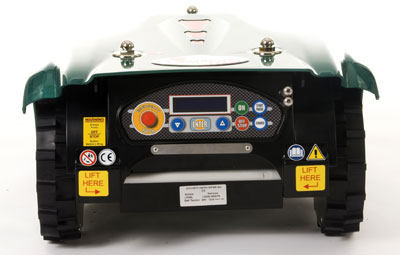 The LawnBott is supposedly the most sophisticated robotic lawnmower on the market today. It’s capable of mowing 30-degree slopes, traversing hilly terrains while staying on course. This particular robot also has an enhanced self-programming system that can distinguish grasses growing beyond its regular height and work on them in total independence. 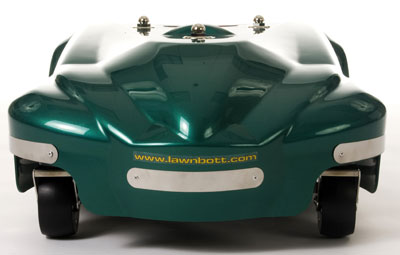 The LawnBott has also come out with the Spyder LB1200 model which doesn’t require a perimeter wire. Rather, the robot relies on the property’s natural obstacle, using a specially patented sensor to navigate the mowing action.

Despite the glowing reviews advertised on these products’ websites, a fear of lawnmowers naturally remains strong on people’s minds. The Consumer Product Safety Commission has estimated that more than 85,000 people are seriously hurt by lawnmowers every year, and the idea of a robot lawnmower may contribute more anxiety than comfort.

In 2007, a man was allegedly killed by an industrial robotic lawnmower after the unit tumbled off a slope and crashed onto the man. Robotic manufacturers say, however, that this was an isolated incident. They emphasize that robotic lawnmowers are many times safer than its manual counterparts precisely because the need for humans on the lawn while it’s working is eliminated.

Even so, all robotic mowers come with safety features, like the LawnBott whose blade motors automatically shut down when its handle is touched or when it's picked up. The Robomower has a child guard and an audible, automatic warning alert before operation. 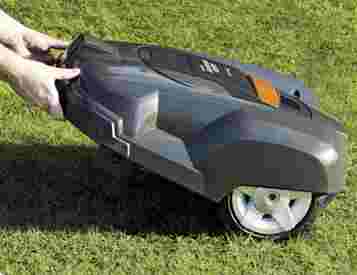 The Automower has lift and tilt sensors that cut the motor when the unit is lifted or if it tips over. These features ensure that these robot mowers will efficiently, regularly and very safely perform their functions for their owners.

To be sure, I think that these lawn mower robots can do a much better job than traditional mowers, given the typically exhausting nature of mowing lawns. I’ve never had any qualms about robots making life easier for humans. In the end, the human is still responsible for his or her own safety, after all. Machines only do their jobs.