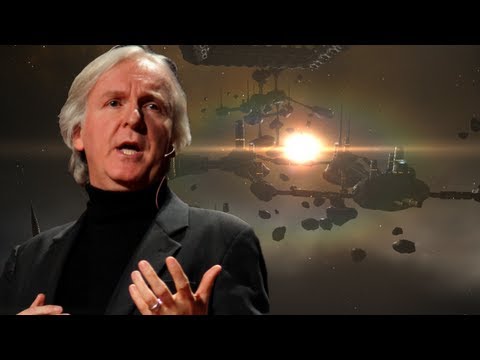 Google Asteroid Mining. Planetary Resources, Inc., a newly formed company backed by Google co-founder Larry Page and award-winning filmmaker James Cameron, is set to push through plans of mining on nearby asteroids to look for precious metals and even water.

Planetary Resources, Inc. plans to turn out huge profits in these explorations by selling these materials. Nevertheless the company also aims to promote humanity's exploration and exploitation of space to augment the rising concern over dipping natural resources here on earth. Likewise, the resource extraction is hoped to create a whole new industry that helps our species spread throughout the solar system.

"If you look at space resources, the logical next step is to go to the near-Earth asteroids," Planetary Resources co-founder and co-chairman Eric Anderson said. "They're just so valuable, and so easy to reach energetically. Near-Earth asteroids really are the low-hanging fruit of the solar system."

Platinum-group metals and water are two of the main resources the company plans to mine. Ruthenium, rhodium, palladium, osmium, iridium, and platinum are among the platinum group metals. The earth has a very limited supply of these metals and they are very difficult to access, making them very expensive. Anderson further noted that platinum-group metals are not naturally occurring in Earth's crust and they have only found their way on earth’s surface after asteroid impacts millions of years ago.

Anderson’s plans are pretty ambitious for asteroid mining. "We're going to go to the source," he said. "The platinum-group metals are many orders of magnitude easier to access in the high-concentration platinum asteroids than they are in the Earth's crust."

But aside from platinum, outer space is also rich in other precious metals. A single platinum-rich space rock 1,650 feet (500 meters) wide is home to as much as all the platinum-group metals ever mined throughout human history.

Many asteroids are also rich in water. Another attractive and lucrative pursuit the company is looking forward to exploit. After water is extracted, this water could be sold in space, which in turn could result in huge savings over water taken from earth.

Asteroid water will help astronauts have sufficient hydration, as well as supply to grow food, provide radiation protection for spaceships and used for rocket fuel through breaking its components, hydrogen and oxygen.

Planetary Resources looks forward to its mining efforts resulting in an unheard-of in-space "gas stations" which the company projects will help to refuel space craft orbiting the earth, which are bound to Mars.

Will the Google asteroid mining project prove to be a success? Only time (and space) can tell.