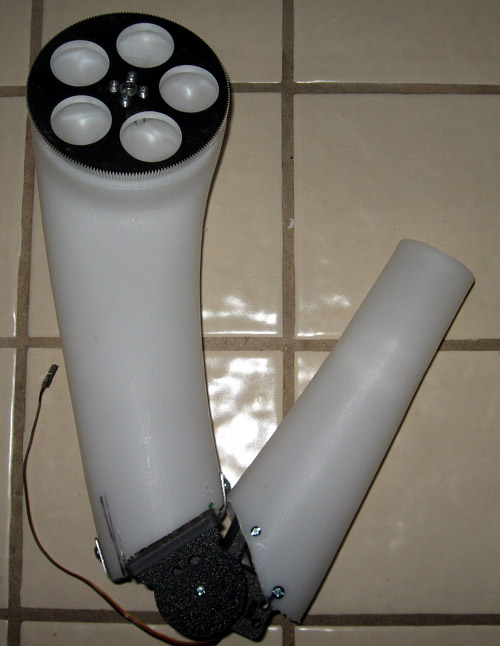 Building android arms (humanoid arm) was not as easy as building a standard robot arm. I used a mannequin arm as an exoskeleton and cut the arm into two pieces at the elbow. The problem comes about as to where center is. Another problem is the non-standard ovals that make up the arms. These are difficult to mount motors to. Still I persisted and now Robot Betty9's Arms are assembled and working well.

Probably the hardest part of building this android arm was finding servos that were strong enough. Most servos are rated in ounce-inches and it takes about 200 ounce-inches to equal one foot-pound. I got the extra torque I needed by purchasing high torque digital servos as well as gear reduction mechanisms. With the setup as shown below, I was able to get about 10 foot-pounds of effective lifting torque from the shoulder servos. in other words, the arm plus hands will pick up their weight plus 10 pounds.

Below is a pictorial essay of the construction of one of Robot Betty9's arms.

Before cutting the mannequin arm.

There’s only one good thing that can come from losing a limb: getting a really cool new one.

Some time ago, the only way you could see bionic / android arms or legs in action was if you tuned in to science fiction programs, or Star Wars reruns. Now, there’s no need to rely on the overactive imaginations of writers and producers: they’re here in real life. And while it’s still a difficult task to completely replicate a human arm’s complex functions, designs are undoubtedly getting more sophisticated than ever.

“The human arm is a tall order,” says Stuart Harshbarger of Johns Hopkins University. “It can move at remarkable speeds. It's silent and it heals itself.” Col. Geoffrey Ling, an Army colonel and neurologist who's leading a program launched by DARPA called Revolutionizing Prosthetics, agrees, saying that though he and his team of researchers have made great improvements in the design of artificial legs, a good arm has never been within their grasp. “If you look at your hand, it's an incredibly complex piece of machine,” he says. “What nature provides us is extraordinary. The opposable thumb, the five finger independently moving, articulating fingers. It's fantastic what this does.”

Revolutionizing Prosthetics was launched two years ago to help soldiers who return from combat in Iraq or Afghanistan missing all or part of an arm. One of the program’s most important projects is to make the use of prosthetic arms, hands and fingers become easier and seem almost natural for the amputees, by means of a microchip implanted on the brain that would record and decode signals to neurons to control the prosthesis.

DEKA Research (run by Dean Kamen) and the Johns Hopkins University Applied Physics Laboratory (APL) are both working with the knowledge that limbs can interface directly with an amputee's nerve endings through targeted muscle “reinnervation.” Developed at Northwestern University and the Rehabilitation Institute of Chicago, this method allows nerve signals to actuate unused muscles to control an artificial hand and fingers.

Although nowhere near the genuine human hand design, today’s advancements in android arm prostheses are light years ahead of the awkward “claws” that many amputees have been fitted with. Dean Kamen’s robotic arm, which he has been developing since 2007, for example, is fully articulated: It allows the user the same degrees of movement as a natural arm, and is sensitive enough to peel a banana or even pick up a grape without crushing it. Android arms are moving forward quite well.

Harshbarger and his team of 30 public and private partners have made Proto 2, prosthetic arm which they say “may not be as good as the real thing, but it's narrowing the gap.” Most robotic arms move in three ways: they can bend at the elbow and rotate at the wrist, and a rudimentary hand can clamp shut. The Proto 2 allows for 27 different kinds of movement, including individual finger bending. In addition, Proto 2 is wired directly to residual nerve fibers while other myoelectric arms operate in response to muscle movements. In short, one can control their arm device merely by thinking. Lastly and most remarkably, Harshbager says that, users can actually feel with the new arm, thanks to 80 sensors in the fingertips and palm that send signals back to the brain. "It's hard not to get emotional about the progress we've made," he reports.

This type of technology is hopefully becoming the norm. An electrician who lost both his arms at work was fitted with a similar bionic arm to his left shoulder. Scientists at the Rehabilitation Institute of Chicago dissected the four major nerves that once went down the man’s arms and placed them on his chest muscles. The nerves grew into the muscles, which then allowed him to direct his new arm through his own brain impulses. Using the arm, he can now shave, put on socks and glasses, and work in the garden, as well as operate more complex tasks like opening a jar and throwing and playing catch with his grandchildren.

The same process was done to a woman who lost her arm at the shoulder in a motorcycle accident. Her new limb is a computer-controlled, electric-powered arm designed to do almost everything her biological arm could do. Doctors moved the ends of her mangled arm’s nerves to her chest, where electrodes on a harness detect tiny electric signals from them. These electric signals are transmitted to a miniature computer, which then translates them to another set of signals which control small electric motors in her new arm and hand. So all she has to do is think about what she wants to do, and like the stuff of science fiction, it happens.

Though robotic arms strive to replicate the human hand as closely as possible, it seems that in many cases, these prosthetic arms even exceed the human hand’s capabilities. There’s the da Vinci Surgical System, for example, which can perform delicate and highly complex operations without error. There’s Touch Bionics, who created the i-Limb Bionic Hand and now also has an i-Limb System, which can repeatedly lift a weight of 22 pounds above head height indefinitely. Obviously, something no ordinary human is capable of.

Like I said, losing a limb is not something to wish for, but with the rate of how things are going in the field of robotics, Both Anakin and Luke Skywalker would be happy.

Below are shots taken as I created the arm. 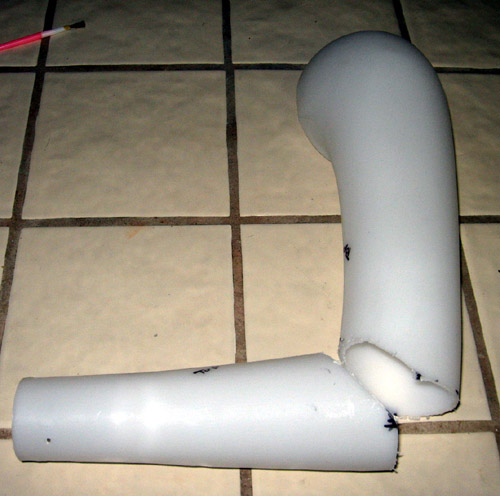 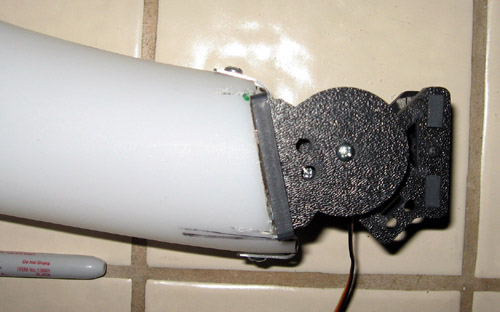 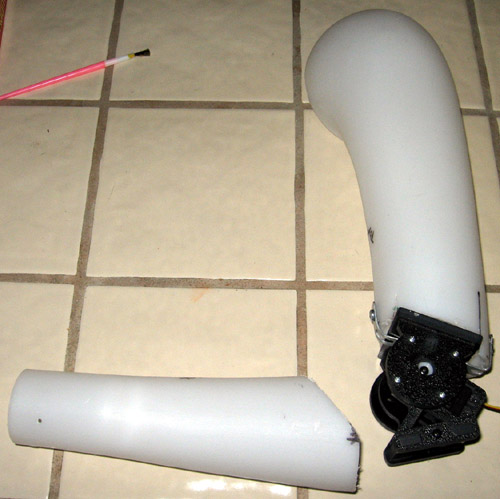 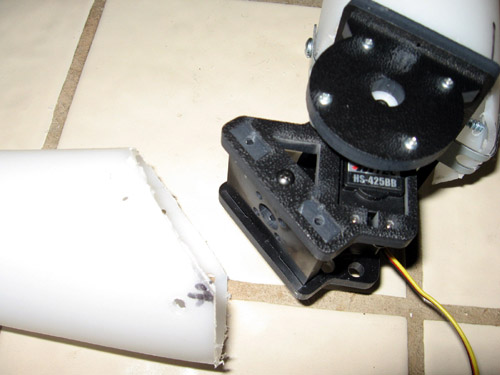 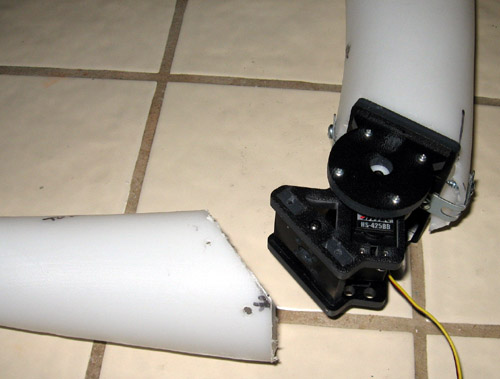 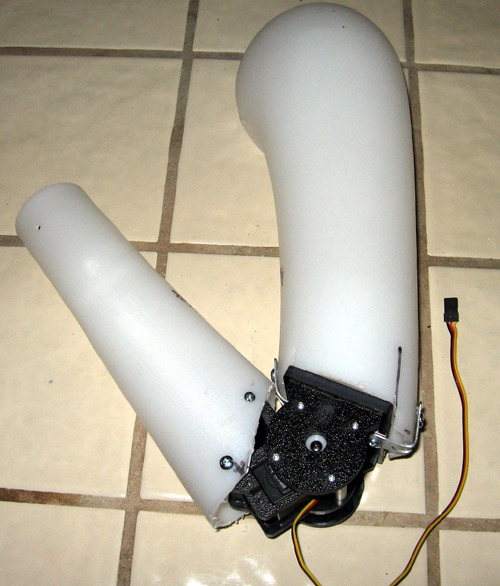 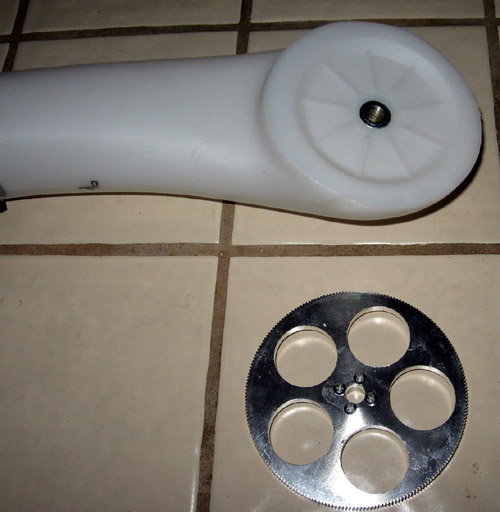 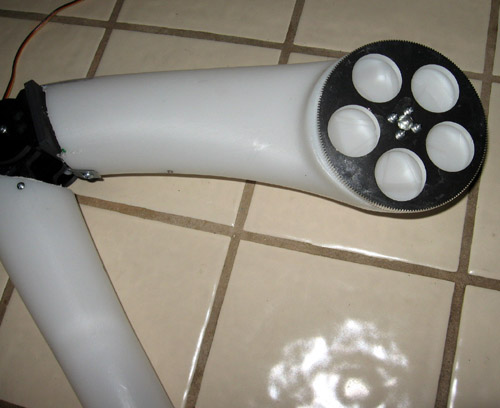