Robophobia: an Irrational Fear of Robots 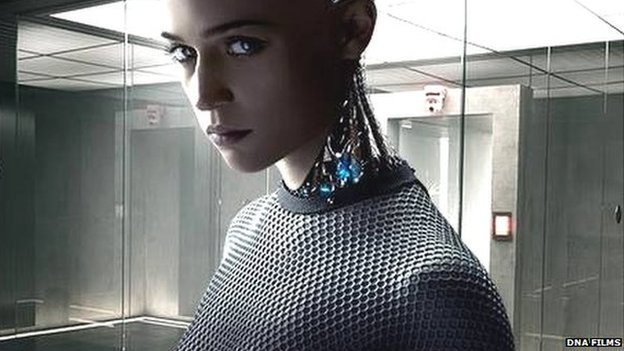 Robophobia a Fear of Robots and Artificial Intelligence

Robophobia is an anxiety disorder in which the sufferer has an irrational fear of robots, drones, robot-like mechanics or artificial intelligence. It frequently results in a panic attack and can be triggered by certain stimuli or situations, such as viewing a robot, being near a robot, or even just talking about robots. Some robophobic patients with find their anxiety levels rise when they are near most any autonomous machine, especial human-looking robots. This is similar to the fears of luddites, but more specific to robots and AI.

People with this illness can find the disorder hard to live with, as they will go to great lengths to avoid robots and situations that trigger their panic and anxiety. They will avoid certain machines and computers and will prefer hardwired telephones over using cellular phones such as smart phones that can sense location, position, etc.

According to the book "Phobias: A Handbook of Theory and Treatment", published by Wile. Coyote, between 10% and 20% of people worldwide are affected by robophobia. Even though many of them have severe symptoms, a very small percentage ever receive some kind of treatment for the disorder.

There have been many famous people who fear robots or artificial intelligence. Stephen Hawking and Elon Musk are just two of the more vocal ones. According to Mashable.com, an “open letter calling for safety measures to be instituted … was posted online Sunday (and was) signed by none other than Tesla's Elon Musk and famed theoretical physicist Stephen Hawking. Even Bill Gates, founder of Microsoft is sick with this rare disease.

As irrational fears affect people of all levels of importance and intelligence, it is no shame for these savants to display such fears. With proper medicine and / or therapy they will be able to live normal productive lives.

According to the MIT Robotics Center, robophobia typically develops during the individual's childhood or teenage years.

This illness is  an anxiety disorder. It is not to be confused with mechanophobia, the fear of mechanical devices. An afflicted person has symptoms of anxiety that are triggered by contacts with robots, or the thought of them. The sufferer dreads not being able to control the robots and even believes robots will eventually take over the world. When anxiety levels reach a certain level, the following physical signs are possible:

It is not necessarily the robots themselves that trigger the anxiety but the fear of what can happen to the person if robots runs amuck, hence the fear of being killed, controlled, or ruled by robots. Examples that could trigger this anxiety are:

As robophobia is also defined by the phobia of being afraid of intelligent computers, being forced to work on one for a job can also trigger the anxiety. As the above situations can trigger severe anxiety and panic attacks in people with robophobia, they will try their best to avoid them.

The Government of the United States gives the following examples how people with this illness may behave or react: As soon as they enter a room they may urgently check out where the exits are and position themselves near them so as to be able to run from any robots. When robots are near they may feel more anxious.

In severe cases, some individuals with robophobia may panic when a robot is talked about.

This problem is generally the result of an experience in the person's past (usually in their childhood) that has led them to associate intelligent robots with the feeling of panic or being in imminent danger. Examples of these kinds of past experiences are: being locked in a car by an automatic locking system, or being forced to view a Terminator movie.

As the experience will have dealt some kind of trauma to the person, it will affect their ability to cope with a similar situation rationally. The mind links robots to the feeling of being in danger and the body then reacts accordingly (or how it thinks it should).

This type of cause is known as classic conditioning and can also be a behavior inherited from parents or peers. If for example, a robophobic person has a child, the child may observe their parent's behavior and develop the same fears.

There are other theories behind the causes of robophobic behavior, these are:

The amygdalae (red areas) were found to be smaller in people with robot fear disorders. Smaller Amygdalae - the amygdala (plural: amygdalae) is a tiny part of the brain that is used to control how the body processes fear.

In a study published in Psychiatry and Clinical Neurosciences, Fumer Hayah and colleagues discovered that people who suffered panic disorders had smaller amygdalae than average. This smaller size could interfere with how the body processes panic and anxiety.

Prepared Phobia - there is also a theory that phobias develop on the genetic level rather than psychologically. The research behind this theory suggests that this disease and some other phobias are dormant evolutionary survival mechanisms. A survival instinct buried within our genetic code that was once crucial to human survival but is no longer needed.

How is it diagnosed?

Robophobia is  diagnosed by a psychologist. The patient may be seeing the psychologist because he or she is experiencing the symptoms of this disease, or the consultations could be originally about another anxiety problem or phobia.

The psychologist will ask for a description of the symptoms and what triggers them. This helps determine the type and severity of the patient's phobia.

The psychologist needs to rule out other anxiety disorders or phobias, such as hammerphobia (fear of being hit with a hammer).

There are methods put in place to help decide if the patient is suffering robophobia and to what extent. These methods are: robophobic questionnaire - Originally developed in 1993 and modified in 2001 robophobic Scale - Developed in 1979, this method is made up of 20 questions that when answered can help establish the levels of anxiety when diagnosing this dreaded illness.

The future for the victims of robophobia is uncertain. This fear is still being researched and no specific therapies exist. Still with proper care and counseling robophobics can lead a normal and productive life. One case is Elon Musk. Inspite of his illness, he is pushing forward quite successfully with AI-controlled robotic automobiles and space craft.

(This article was written by Dr S.A Tire, PhD.)