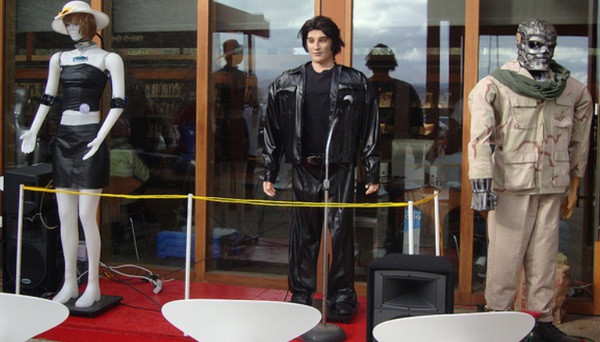 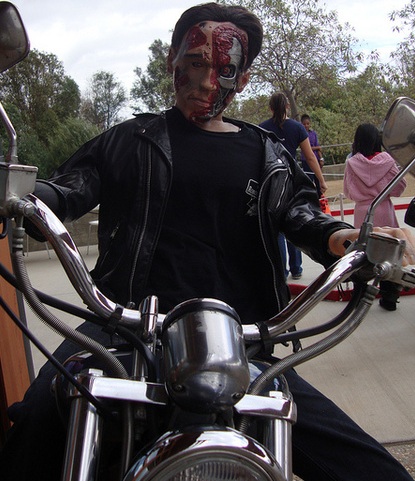 Exhibits included a life sized R2D2 and C3P0; the "Lost in Space" robot B9; the Terminator T2 (T800) cyborg (on a motorcycle!); the Terminator T600; DevoBot, the Robot Devo tribute band; an interactive HAL ("2001 a Space Odyssey"); Elvis Presley robot; Robot Betty9, the Singing Android; Wall-E; Leaf, the A.I. robot; Robot Melvis, a very human robot; Robot Races (YOU control the robots!); Robot Battles (YOU control the robots!); a Dalek, a robot art exhibit, and MUCH, MUCH MORE!

Robotis was there teaching scores of kids to build robots! 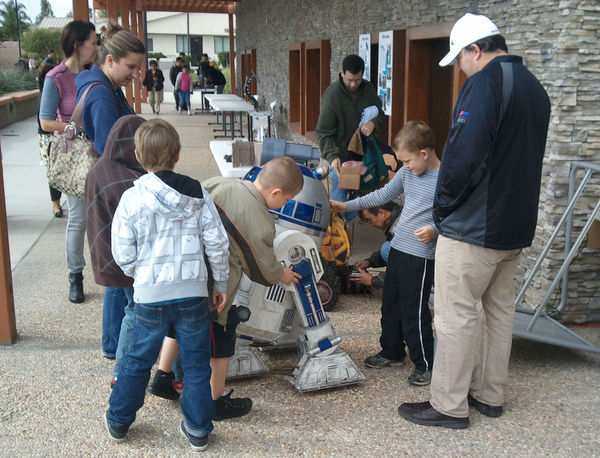 The Expo is put on primarily for the kids of the Inland Empire area of Southern California. They had over 2000 people last year, of which about 70% were children. A lot of the kids who come to the expo are from the poorer sections of town. The event touches the lives of the kids who need inspiration most. 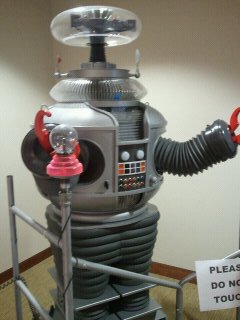 It is the hope of the folks of the Riverside Robotics Society that if they can inspire a dozen or two children a year to get into math, science, or engineering instead of drugs and gangs, they are truly helping to create a better society.

The robot expo is also a venue that allows robot builders to show off their latest creations, interact with the general public as well as interact with other people interested in robots and robotics.

This Robot Expo is the biggest robot event in Southern California!

Sponsored in part by robots-and-androids.com.