Build an android robot! Yes YOU! 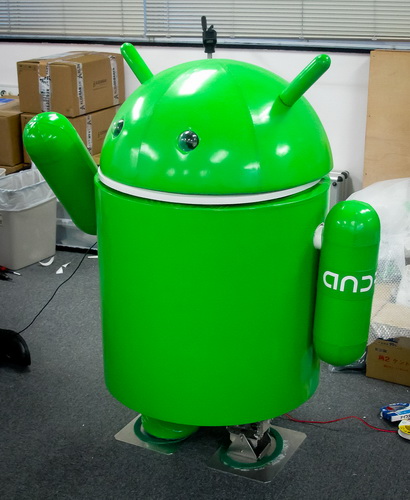 So you want to build an Android Robot, do ya? Like a lot of people that cute green robot is so cool that many people want one as there very own. In this article, we show you some approaches that others have done to create their very own Google Android robot.

The Japanese
Build an Android Robot

RT Corp is  known for custom robot development and they took charge of the overall robot design, mechanics, system integration, testing, and operation.

Another company, Brilliant Service, a Google Android software development company, developed the robot controller software and associated applications which allows the robot to be controlled remotely.

While this one has no A.I. it is certainly a crowd pleaser. Children and adults alike love to come and have photos taken with the Google Android Robot.

3D Print and then Build an Android Robot 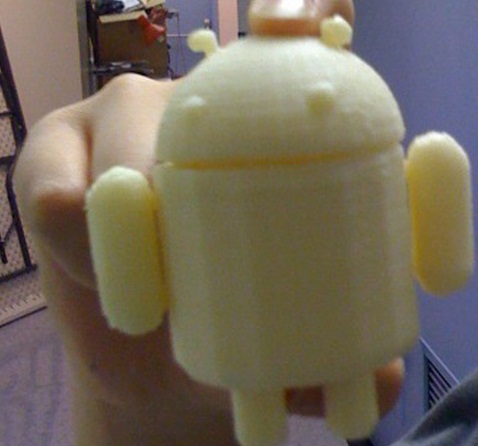 For those of us lucky enough and wealthy enough to have a 3D printer in the basement(they start at about $500), one can download the Google Android Robot's "stl" file from thingiverse.com and a few hours later will have a 3D PRINTED robot.

Here are the instructions that are listed on thingiverse.com:

"2. Print out head. (Be careful when printing out the Antennas, they tend to come out bent/sloppy/blobular)

"4. Print out both arms and trim the pegs on the arms down to size so that they fit snugly into the holes on either side of the Android body. (A little super glue would probably not be a bad idea (Just in case.)

"5. Place head on top of body, return Android in upright position and prepare for landing.

Now that didn't seem to hard did it? The problem with that one is it is a petite 6" tall and probably won't run around beeping and doing other cute things.

2D Print and then Build an Android Robot

So you have a 2D printer and not a 3D printer? Well, that is what most of the world has. Still do not cry! You too can create a 3D Google Android robot out of 2D paper! But be warned: THIS IS MUCH MUCH harder than printing it in 3D!!! 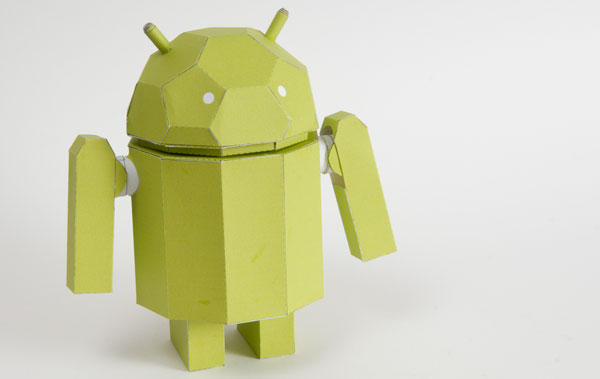 "Download the (google android robot's) parts. Print out the pages onto four sheets of thin card (230 micron / 67lb) Score along the dotted and dashed lines. Carefully cut out the holes then cut out the pieces.

"Roll round the shoulder tube so that the edge lines up with grey line arrowed in the top picture. Glue the tube down making sure that the edge is accurately lined up with the grey line along its full length.

"Fold up and slick together the head.

"Both antennae are made in the same way. Roll round the main body of the piece into a tight tube. Glue it into place.

"Fit the antennae up through the holes in the head and glue them into place.

"Glue the neck plate to the head base so that the ends of the the tabs are lined up with the sides of the head base.

One the glue is dry your Android robot is complete!

Build an Android Robot with Paper : Full Instructions are HERE

Build an Android Robot with Paper:  Instructions are HERE!

And you thought I was kidding! Ha!

Now that you have a couple of approaches you can get started creating your own Google Android robot.

If you are really brave, perhaps you will design your own like the two Japanese companies did.